Current outcomes and treatment of tetralogy of Fallot

Tetralogy of Fallot (ToF) is one of the most common type of cyanotic congenital heart disease. There is continuous improvement and substantial growth in treating this condition, but there is also few residual problems that often re-requires to investigate and also perform surgeries to check the post surgical conditions. In this review we present a brief overview of the history of ToF, describe the treatment strategies currently used, and outline the long-term survival, residual lesions, and re-interventions following repair. We discuss important remaining challenges and present the current state of the art regarding these challenges.

Surgical repair of ToF was first described in 1955. The right ventricular outflow tract obstruction (RVOTO) was approached by a ventriculotomy into the right ventricular anterior wall and relief included inserting a transannular patch (TAP) if required. Aggressive RVOTO relief was advocated as initial results had demonstrated that residual RVOTO was predictive of early mortality. This approach resulted in relatively good long-term survival.

However, residual lesions after repair were common and follow-up studies of these first operations showed that these residual lesions resulted in late morbidity and mortality. Pulmonary regurgitation (PR) was reported in the majority of patients, more commonly in those with TAPs. PR initially was thought to be a relatively benign hemodynamic residual lesion but subsequently was found to be predictive of decreased exercise performance and progressive RV dilation. Furthermore, patients were noted to be at higher risk of sudden cardiac death.

It was estimated that earlier primary repair of ToF can limit prolonged exposure to RV pressure loading and reduced oxygen saturations, preserving cardiovascular and brain function. However, there is no consensus on the definition of “early” versus later repair. Neonatal repair  is feasible with acceptable results but is not widely used and this is because of better short-term outcomes of non-neonatal repair. Neonatal repair more often requires TAP compared with repair beyond the neonatal period, resulting in worse event-free survival.

Symptomatic ToF patients may require an intervention in the neonatal period. Different strategies can be used if primary repair is judged not to be the best option. Historically, a systemic-to-pulmonary shunt—typically a modified Blalock-Taussig (mBT) shunt—has been used to increase pulmonary flow, reduce hypoxemia, and allow time for PA growth. This allows repair to be performed at an older age and has the potential advantage of using no, or less extensive, TAP. However, palliative shunt procedures are associated with a 3% to 5% early mortality rate. The superiority of a staged approach versus primary neonatal repair has not been demonstrated.

Overall survival following ToF repair has significantly improved in recent eras. Peri-operative outcomes are determined largely by the severity of the ToF. Mortality rates at medium-term follow-up have not changed much across the different surgical eras. Long-term (20 to 30 years) survival from large cohorts of patients operated on with more recent surgical modifications of ToF repair. Survival into adulthood is currently expected following ToF repair, leading to a growing population of adults with corrected ToF who require lifelong specialized medical care. e-interventions are common in these patients.

Assessing the right ventricle in patients with tetralogy of Fallot- Due to limited understanding of the pathophysiology of RV failure hampers our ability to adequately detect failure in the early stages in clinical practice. Imaging techniques are used to assess the RV and follow patients serially, aiming to detect early changes in biventricular size and performance. Cardiovascular magnetic resonance (CMR) imaging is routinely used to reliably quantify RV volumes and function, wall mass, and PR. Adverse clinical events have been related to larger RV volumes, PR severity, biventricular EF, and mass-to-volume ratio. Increased RV volumes, most commonly end-diastolic volume index (EDVi), have been considered a sign of prolonged high PR burden and thus a predictor of RV dysfunction.

Current guidelines on the timing of pulmonary valve replacement:

Restoring pulmonary valve function before irreversible RV dysfunction occurs could be important to prevent RV failure. However, the durability of currently used pulmonary prosthetic valves is limited. Therefore, the timing of PVR always is a compromise: It should be timed early enough to prevent irreversible adverse remodeling but late enough to limit the number of re-interventions. Because of the difficulties in assessing RV function, predicting decline in RV function is difficult, and the optimal timing of PVR is controversial.

Guidelines by the European Society of Cardiology, the Canadian Cardiovascular Society (CCS), and the American College of Cardiology/American Heart Association provide some recommendations on indications for performing PVR. Furthermore, the recommendations in current guidelines are often based on long-term outcomes of studies in patients who have been operated at a much older age than has been the practice in the past 20 years. This warrants caution when extrapolating these results to current adolescent or younger patients.

ToF can be repaired with low short-term and long-term mortality. This has caused a demographic shift such that many patients survive well into adulthood. Long-term follow-up of older cohorts has shown the detrimental effects of PR in the long-term. However, residual lesions cause significant morbidity. Surgical modifications to preserve pulmonary valve function, such as the transatrial (and transpulmonary) approaches and restricted use of TAPs, have been widely adopted.

Despite improvements in morbidity, follow-up duration for these techniques is probably too limited to demonstrate a survival benefit.Our limited understanding of RV adaptation and the pathophysiology of RV heart failure hampers the ability to detect failure in early stages in clinical practice and to predict future decline of RV function. While a large proportion of adult ToF survivors require one or multiple PVRs in their lifetimes, selecting optimal candidates and optimal timing for PVR remains challenging. Increasing our understanding of RV failure seems key to answer these difficult questions. This might provide treatment options to attain optimal long-term health outcomes for patients with ToF. 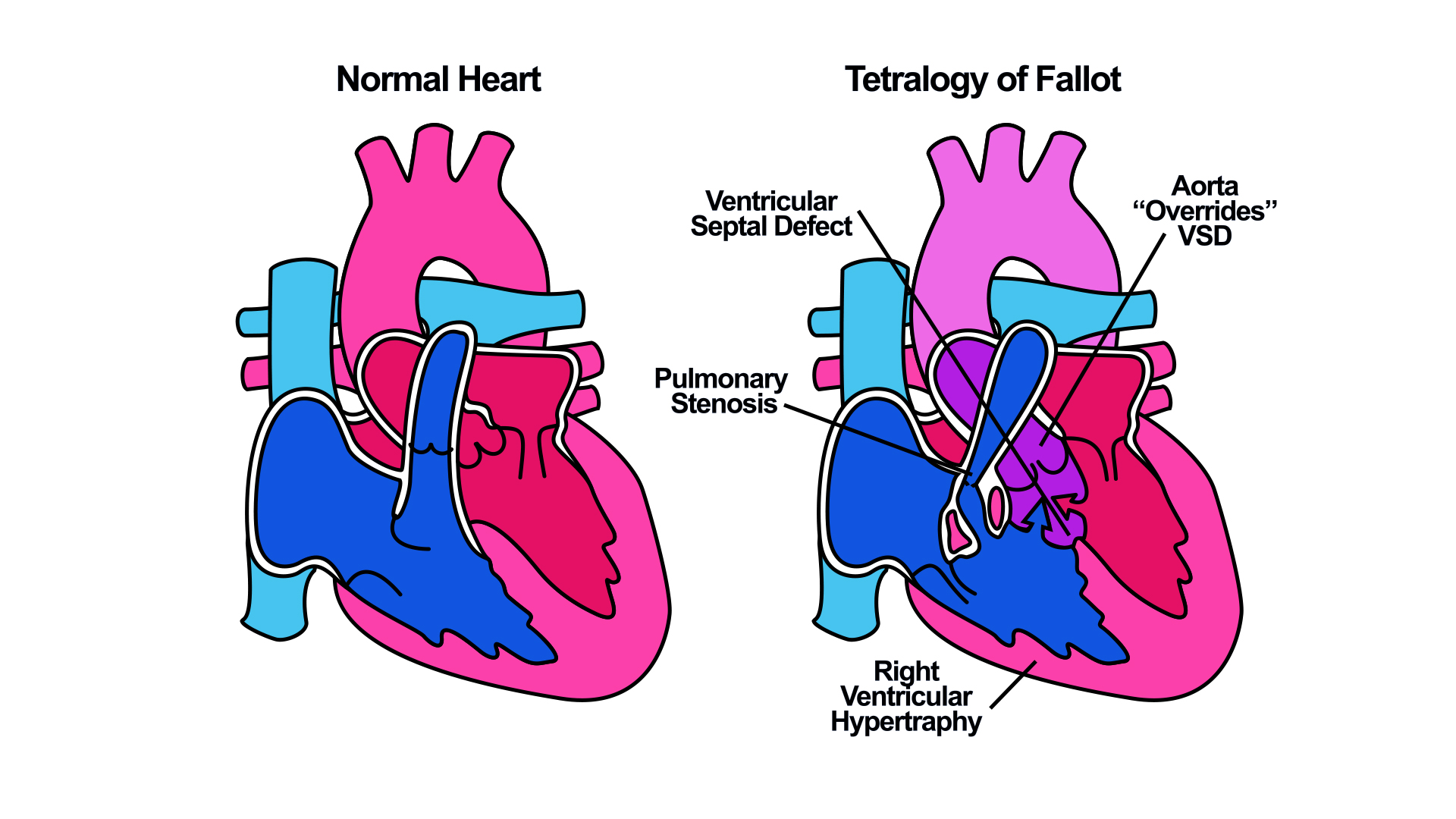